The most unfamous man

He was born in Odessa, in the family of Aaron Haffkine and Rosalia Landsberg 15.03. 1860

His mother died when Waldemar was 7

From 1872 to 1879 he studied at the Berdyansk Male Gymnasium

In 1884 he was reinstated, further brilliantly defended his thesis and received the Degree of Candidate of Natural Sciences

Until 1888 he worked at the Zoological Museum in Odessa

Further, in 1889 he was invited to Paris by Ilya Mechnikov

In the Pasteur Institute he took on a Junior librarian position

«I’m ready to work as
an assistant with Mr. Mechnikov in the Pasteur Institute» said Waldemar Haffkine

He presented a method of vaccination against cholera to the Paris Biological Community 09.07. 1892

In March 1893 he came to Calcutta as the State Bacteriologist of the British Crown. Calcutta was infected by cholera at that time

After two years of working in the extremely difficult conditions, the result was achieved: mortality in epidemic-affected areas dropped as much as 75%

He set up a laboratory in Bombay and in the shortest time possible produced a plague vaccine 07.10. 1896

Later on, the laboratory became the largest bacteriology and epidemiology research center in South and Southeast Asia

Since 1925, the research center has been called the Haffkine Institute

Loved, but never had a family

«A revolutionary in life and science, he was a pariah in his homeland, only to become a Mahatma in India»

a novel has been written about the great scientist Waldemar Haffkine 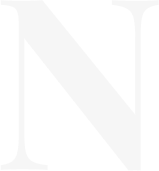 Mahatma is the true story of Waldemar Haffkine, inventor of vaccines against cholera and plague, who tested their effectiveness for the first time on himself.

From his youth he had wanted to change the world for the better and began with active participation in an underground terrorist organization in Odessa but quit his homeland soon after to eventually find his way to the Institute Pasteur. There he made the most important discovery of his life and was appointed State Bacteriologist of the British Crown in India.

He never did gain personal happiness, but saved millions of lives with his miracleworking «Havkin’s lymph».

Get the first chapter of the book for free

from the author of the novel David Markish

Mahatma is Sanskrit word for «Great Soul». Every nation has the right to have its own Mahatma, but it is not found by every nation.

My «Mahatma» started twenty years ago, when I received an offer from Kiev television to write a screenplay and play the role of a presenter in the film about doctor Waldemar Haffkine, the inventor of the plague vaccine, whom Anton Chekhov called «the most unfamous man». Having heard the offer, I accepted it without hesitation.

Waldemar Haffkine together with Nobel Laureate Robert Koch in Daman

To complete this work, I needed to go with the film crew to India, namely to Bombay, where Haffkine spent a fair amount of his life, and get acquainted with the events that happened there 120 years ago right on the spot.

Who has not dreamed of going to India? I have never met such a strange person. And here we are in Bombay, called Mumbai now, in the stunning hotel «Taj Mahal» two steps from the ocean and the magnificent arch on the shore, epitomizing the main entrance to India.

Now I know about Waldemar Haffkine a little bit more than a month ago. Having the instinct for pure justice common to youth and desire to change the world for the better, young Haffkine joins the terrorist organization «Narodnaya Volya», becomes a militant and takes part in the assassination attempt on general Strelnikov.

The assassination was successful…

Trying to get away from the gendarmes breathing down his neck, the student of Odessa University and beloved student of Mechnikov, Volodya Haffkine, crosses the border of the Empire, heading to free France. 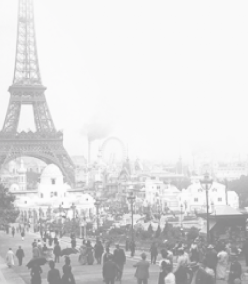 In Paris, exciting adventures await him — before he will be accepted into the Pasteur Institute as a Junior librarian and working throughout the night in the institute laboratory. His plan is to produce a cholera vaccine and fearlessly experience its effect on himself. The invention of the plague vaccine, which still saves people around the world today, is still ahead in India, where Haffkine, after his Paris success, marked by certain experienced eyes, comes to the high position of the State Bacteriologist of the British Crown.

The Louis Pasteur Institute was founded in Paris in 1887

Thus, the life of Dr. Haffkine begins to take the shape of an old fabled heroes tale. Sitting in the luxurious room of the «Taj Mahal», the windows and balcony of which were fitted with bars so that the monkeys would not break in, break the dishes and turn everything upside down, I thought about how I wanted to write a novel about Haffkine and contribute to making «the most unfamous man», by right, «the most famous man».

The conditional name of the book — «Mahatma» - became absolute twenty years later, when the novel was published. And for the first time it was heard in a conversation with the director of the Bombay Bacteriological Research Institute named after Haffkine.

Upon returning home, I found out that Dr. Haffkine’s archive is being kept in our National Library, in Jerusalem. Familiarity with this archive helped me while working on the novel.

Learn about the author

And in conclusion: on one of the hills surrounding Jerusalem, a forest bears the name of my hero — the Haffkine forest.

Learn the story of the savior of the world from Odessa

Last year, Haffkine Institute in India celebrated its 120th anniversary, and this year marks 160 years since the birth of its founder.

This great scientist left a significant impact in history, but remains an unfamous person, and I want to change that

My name is Aleksander Duel, I am a descendant of Waldemar Haffkine’s elder brother

It took me 7 years to make this discovery. I gathered the history of my family bit by bit: I visited dozens of cities, explored archives and decrypted thousands of pages of handwritten documents

I want the whole world to know about Dr. Haffkine. By purchasing this book you will be helping to fund further projects

The proceeds
are used for:

Transcripts and translations of all archival documents related to life and scientific activity (more than 25,000 pages of handwritten text), including personal diaries that were kept daily

Digitization of all documents and the establishment of an electronic archive

Buy the book Help the project

Buying the novel «MAHATMA», you will not only learn about the incredible life of Dr. Haffkine, but also make your invaluable contribution to the history that we will recreate together!

The book of David Markish is incredibly interesting and fascinating. Sometimes you even feel like you read a Hollywood tale about the incredible transformation of Cinderella masculine. Indeed, it could, if only it were not real and absolute truth.

The author calls his book a free fantasy in the subtitle, as if he preliminary defends himself from annoying historians and depressing incompetent literary critics and bookworms.

But don’t be fooled by the definition — for him fantasy is not fiction, but the right to a romantic review of the amazing fate of his hero.

Nineteenth century — young Odessa citizen Volodya was fascinated by the trendy idea of that time — ​​individual terror. And he, a bacteriologist and epidemiologist Khaffkine, deeply disappointed in such activities, in the twentieth century becomes one of the saviors of mankind, by inventing a vaccine against cholera and plague. The writer knows and feels his hero as a close person, who alone entrusted the secrets of his soul.

Good things never last. I tried so much to read this book as long as possible, but turned the last page of the Mahatma! To be true, I wanted to read the book as quickly as possible.

David Markish succeeded in what only great masters succeed: turned, it would seem, a boring story about a scientific work into an adventure novel.

In «Mahatma» book there was a place for philosophical discussions about the meaning of life, and for historical excursions, and for the history of unhappy love. A revolutionary, who became a saint in India, the savior of millions of people, who tested the effect of vaccines on himself — there is something to read about!

But first of all, this is a novel about a troubled soul that wanted to change the world for the better, first with the help of a revolutionary struggle, then with the war against the cholera and plague pandemics, that found peace only after finding God in its heart.

Head of the Treasury in a large financial organization

A very interesting project of historical, scientific and spiritual research we can observe. I recommend to follow and absorb this interesting information! Good luck to the website creators, real devotees of their business!

This book is a discovery for me! I will share it with my family and friends. I would recommend to include this information in school and medical textbooks!

A brilliantly written story, 100 years have passed since it happened, but you read it as if it is written about your contemporary. The same feelings and experience, problems with the authorities, same goals. But the actions of a  person is extremely emotional experience. Experience of another person and the result important for the whole world.

Learn about the great scientist and his inventions

from the personal archive of Dr. Haffkine, stored in the National Library of Israel in Jerusalem

Victims of cholera in Gujarat (India)

Inspection at the Bombay Laboratory (India)

Plague vaccine in the incubation hall of the laboratory (Bombay, India)

Make an invaluable contribution to history

DDavid Markish was born in 1938, studied at the Literary Institute named after Maksim Gorky and at the Higher Courses of scriptwriters and film directors in Moscow. Eleven of his novels were published in Russian, most were translated into other languages and published in the USA, United Kingdom, Germany, France, Switzerland, Sweden and Brazil. 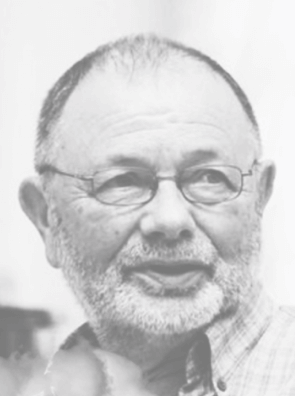 The story of a man
who saved us
«The plague is not so very terrible. We already have inoculations that have proven effective and for which we are, by the way, obliged to the Russian Dr. Haffkine. In Russia, this is the most unfamous man, in England he has long been known as a great benefactor.»
— Anton Chekhov
(in a letter to A. Suvorin, 19.08.1899)
Doctor Haffkine
Are you ready to discover the story of the most unfamous man?
Discover 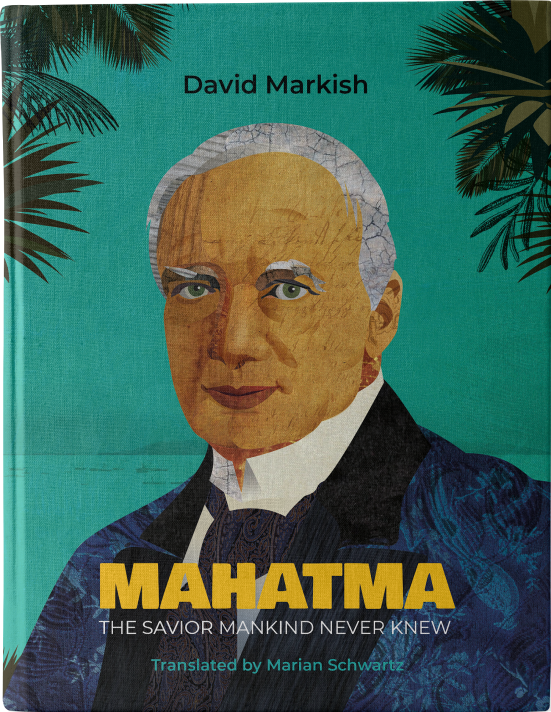 Доставка включена в стоимость книги.
Укажите ваши данные для осуществления доставки
By making a purchase, you agree to the terms of the public offer and confidentiality policy
6 $
Оплата будет произведена в российских рублях по курсу платежной системы
Payment will be made in Russian roubles according the exchange rate of the payment system

Укажите ваши данные для осуществления доставки
By making a purchase, you agree to the terms of the public offer and confidentiality policy

Support the project
Make an invaluable contribution to history

Thank for buying the book
The electronic book will be sent to your e-mail shortly
We hope you enjoy it!